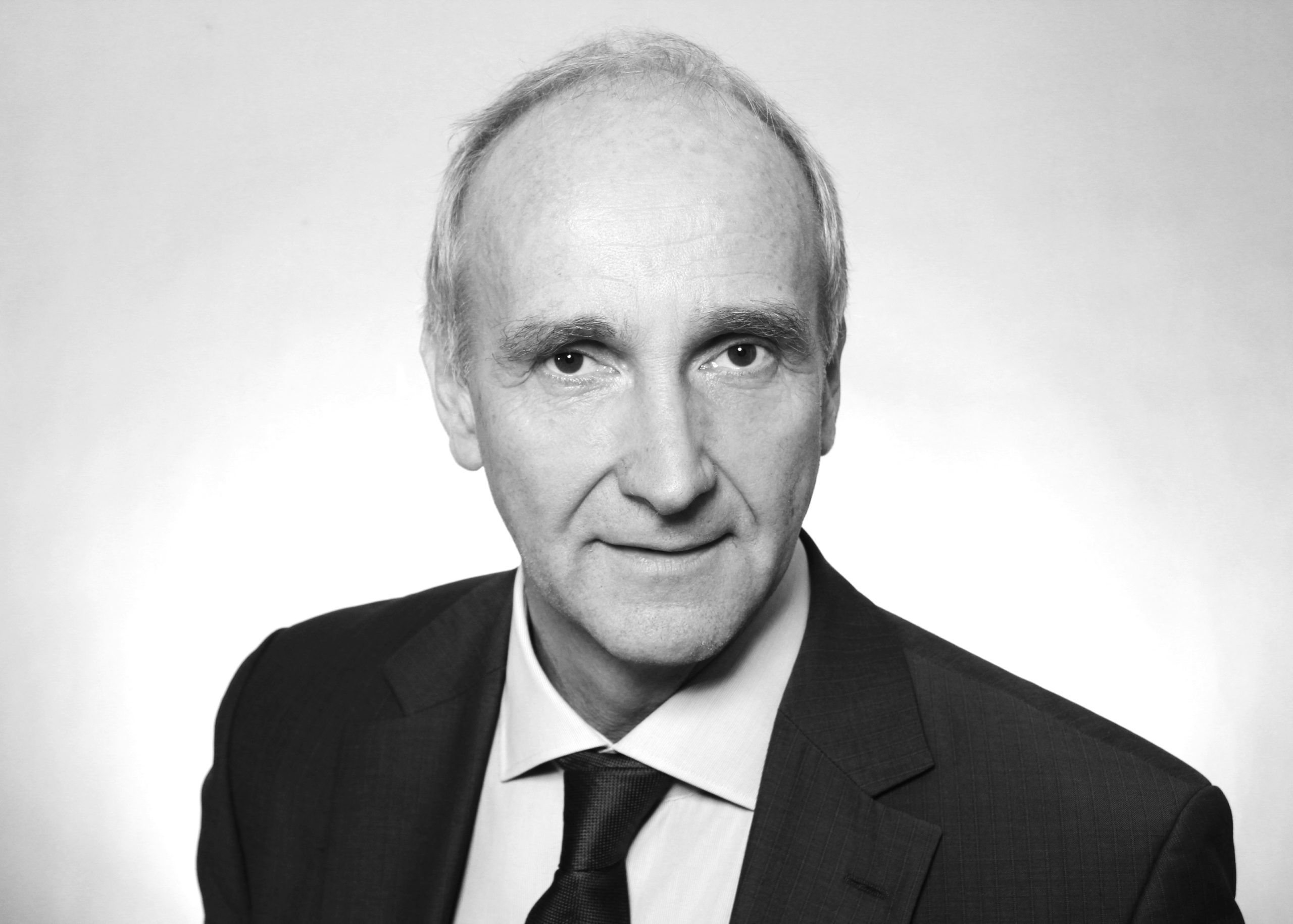 Christoph Waldmann is a physicist by education. He did his PhD degree on a design of an optical method to measure salinity and density. Since then, his primary interest has been in the development and evaluation of new methods for ocean sciences. Furthermore, he has been involved in the design of underwater platforms as for instance the development of an underwater glider employing a blended wing design.

Waldmann is member of the NOAA QARTOD Board of Advisors, the WMO Expert Team on Measurement Uncertainties, the GEO Blue Planet Steering Group, and the Advisory Board of the EU funded project GROOM II. 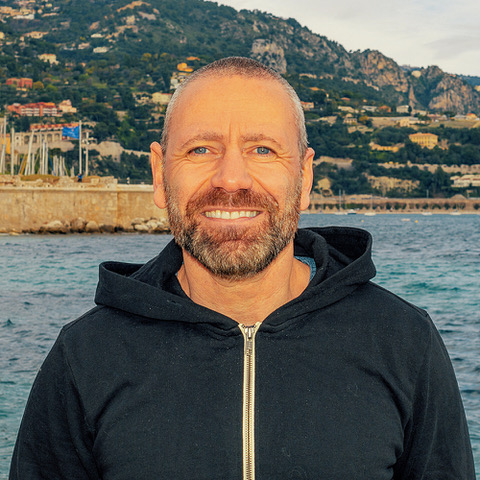 Laurent Coppola is SU researcher with experiences in marine biogeochemistry, particularly in oxygen ventilation, carbon export and observing systems. He is chief scientist of the DYFAMED site and coordinator of the MOOSE (Mediterranean Ocean Observing System for the Environment) observing network. He is team leader of the ERIC EMSO for the Ligurian node and he has experiences in building European observing infrastructures as EuroSITES, JERICO, PERSEUS, FIXO3, JERICO-NEXT, JERICO-s3, EMSO-LINK and EUROSEA projects. He is a member of the scientific steering committee of the international Eulerian network OCEANSITES. 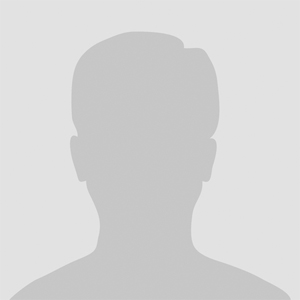 Dr. Carmen García Izquierdo has been working in the Spanish Metrology Center (CEM) since 2001. Specialized in thermal metrology, being responsible of the Contact thermometry laboratory at CEM for 13 years. Strongly involved in metrology projects focused on meteorological and climate needs, such as MeteoMet I, MeteoMetII and Incipit. Currently, involved on several World Meteorological Organization expert teams (WMO-INFCOM-SC MINT), in the European Metrology Network for Climate and Ocean Observations (Euramet EMN COO) and coordinator of COAT Project, for the comparison of thermometer and radiation shields in polar climate. Experience in the calibration and characterization of oceanographic thermometers. 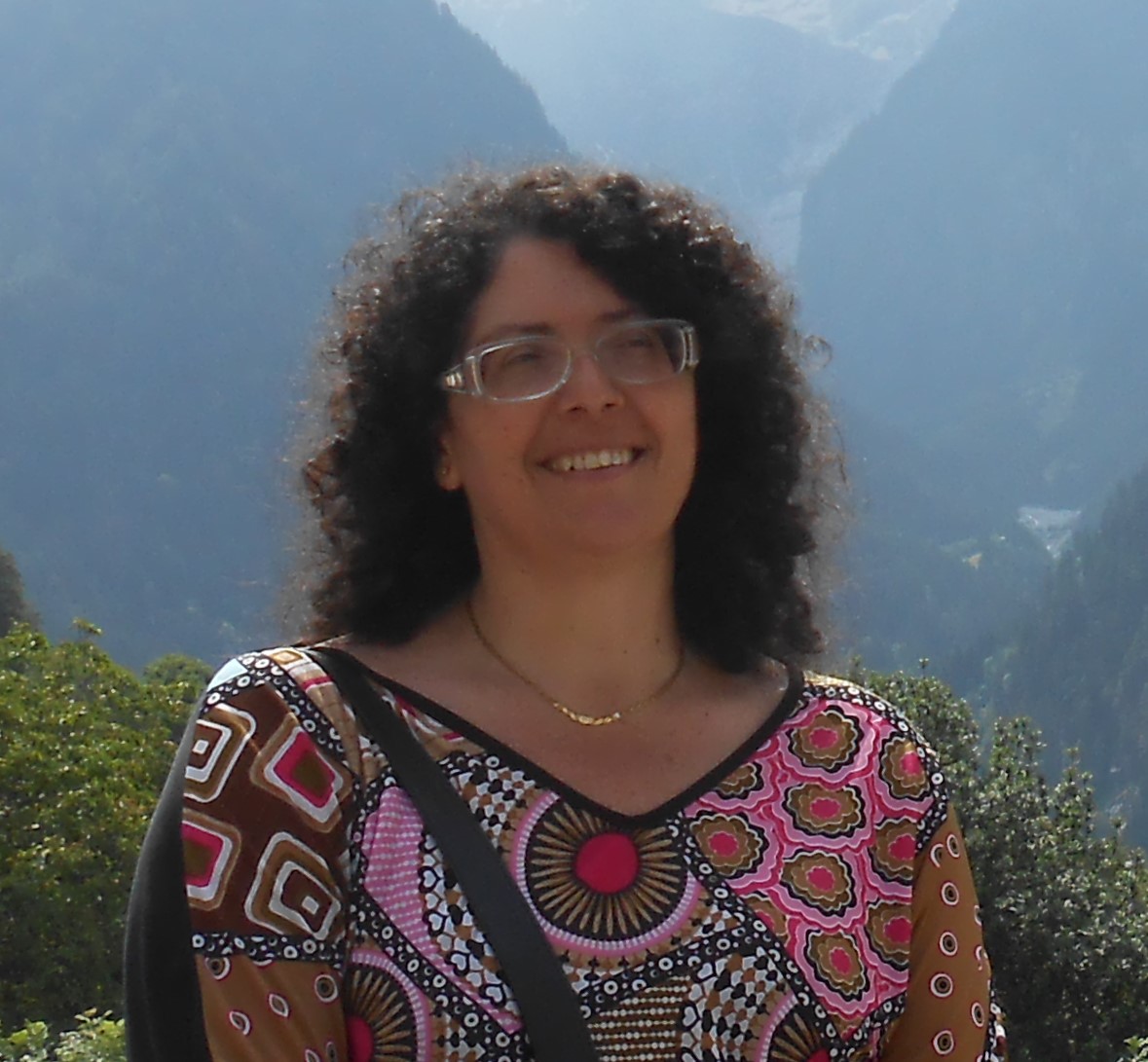 Working on marine research infrastructures and related technological development since 2009 by participating in various relevant projects funded by the European Commission, e.g. JERICO and JERICO NEXT, FixO3, NEXOS, and currently NAUTILOS – www.nautilos-h2020.eu, and in some pertinent expert groups, such as the Marine Observation and Data Expert Group of the European Commission and the Technology Plan Working Group of EuroGOOS.

Secretary General of the International Association for the Physical Sciences of the Oceans (https://iapso-ocean.org/). 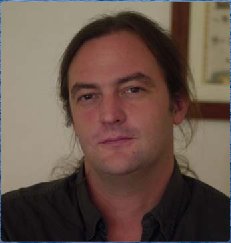 Pierre Testor is a physical oceanographer at LOCEAN, Paris, France. He is has been the first in Europe to deploy gliders in 2004 and has participated in the scientific animation of the worldwide glider community since then, in particular through the EGO network (https://www.ego-network.org/). He has helped to launch OceanGliders (https://www.oceangliders.org/) as an associated program of the GOOS in 2016 and is presently co-chair of it. Scientifically, he is concerned with ocean variability with emphasis on observations of ocean circulation and mixing using various platforms, and gliders in particular. He is more specifically interested in 1) the regional oceanography of the Mediterranean Sea and the development of long-term ocean observatories in this hot spot of climate change and biodiversity (he is co-coordinating a northwestern component, Mediterranean Ocean Observing System for the Environment, MOOSE https://www.moose-network.fr/fr/ ), 2) the mesoscale and submesoscale phenomena and their role in the cross-slope exchanges, the winter water formation, and the physical-biological coupling. pierre.testor@locean.ipsl.fr, https://www.researchgate.net/profile/Pierre-Testor. 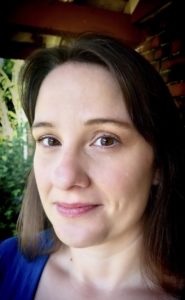 Dr. Alison Cawood is the Director of Public Engagement at the Smithsonian Environmental Research Center. In this role, she oversees SERC’s environmental education, citizen science, and professional training programs, and works to make SERC science relevant and accessible to a wide range of audiences. Alison earned her Ph.D. in Oceanography from Scripps Institution of Oceanography, University of California, San Diego. She earned bachelors’ degrees in Marine Biology and Hispanic Studies from the College of Charleston. 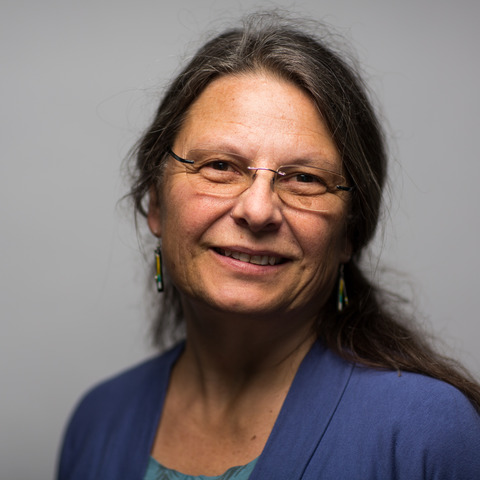 Dr. Jan Newton is a Senior Principal Oceanographer and Affiliate Professor at the University of Washington. A biological oceanographer researching coastal dynamics, including effects from climate and humans on water properties and plankton, she focuses on building ocean observing and make connections to society.  She is Executive Director of NANOOS (Northwest Association of Networked Ocean Observing Systems), part of U.S. IOOS. Linking scales from local to global, she is also co-director of the Washington Ocean Acidification Center, co-chair of the Global Ocean Acidification Observing Network, and co-leads the UN Ocean Decade endorsed programme: Ocean Acidification Research for Sustainability, OARS. 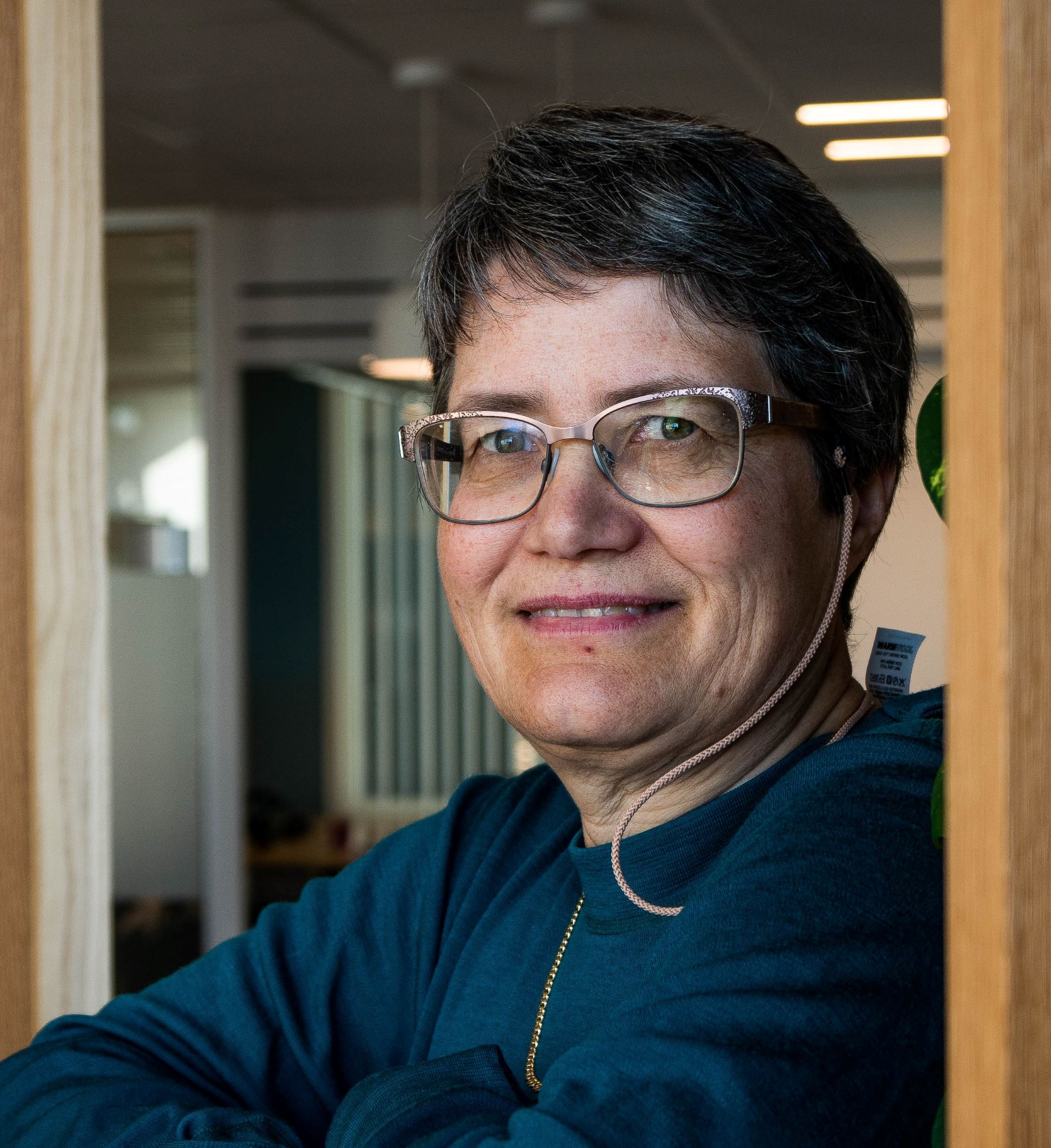 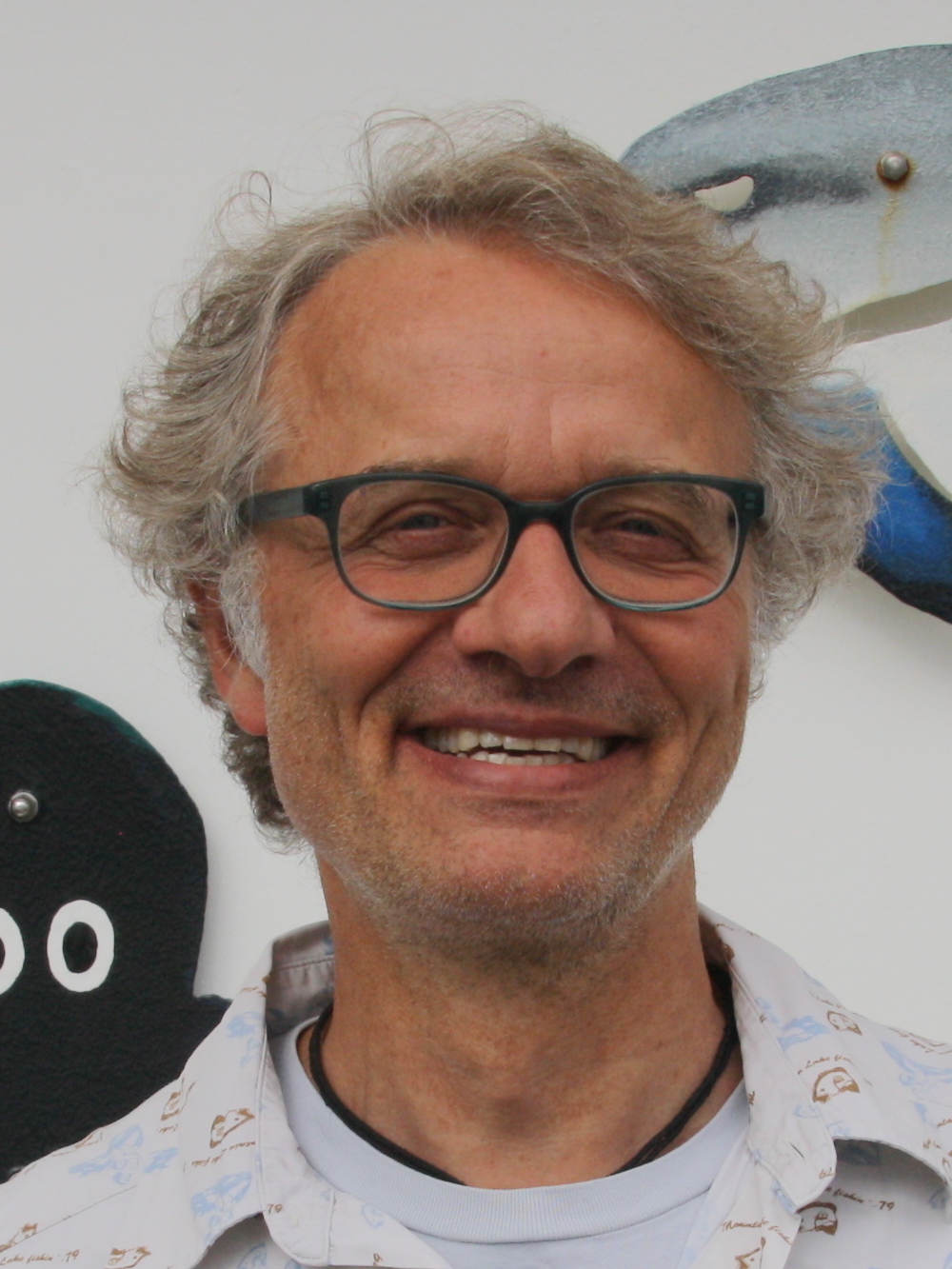 I am a physical oceanographer involved in observational studies of the ocean. My scientific interest is in the role the ocean plays in climate. I study currents on the large scale, but also on the fine scales, from mesoscale to submesoscale dynamics. My focus area is the entire North Atlantic from the tropics to the subpolar region. I also devote time to help structure ocean observations with the aim of unlocking their potential to meet as many of society’s sustainable ocean needs as possible. One of my areas of interest is advising and providing tools for ocean observers and practitioners in creating and maintaining globally applicable “best practices” through the IOC Ocean Best Practices System project 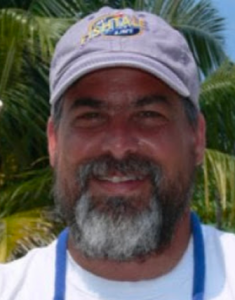 Professor of Biology and Director of Environmental Conservation

Ph. D. John A. Cigliano is Professor of Biology and Director of Environmental Conservation at Cedar Crest College, Allentown, Pennsylvania, USA, adjunct research faculty at Schoodic Institute at Acadia National Park, Winter Harbor, Maine, USA, and an Earthwatch Institute Principal Investigator. He is  currently the President of the Participatory and Citizen Science Working Group of the Society for Conservation Biology. John’s research interests include  the effects of ocean acidification and warming on temperate marine organisms and communities, the effects of microplastics on marine organisms and communities, and  the application of citizen science to advance marine conservation. 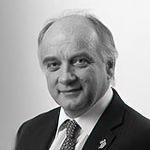 Neville Smith is a physical oceanographer and climate scientist by training. He spent most of his professional career in the Bureau of Meteorology, including as Deputy Director of Research and System, including both oceanographic and meteorological measurement systems. Since retirement he has chaired the CMEMS S&T Advisory Committee, the Tropical Pacific Observing System Steering Committee and the Marine National Facility Scientific Advisory Committee, among others. The last 30 years of his career have been devoted to global and regional ocean observing systems (various capacities). He currently provides advice to CSIRO Ocean and Atmosphere and to the Integrated Ocean Observing System. 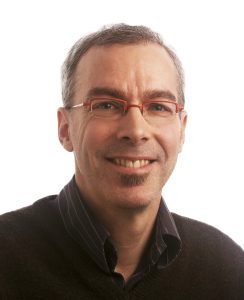 CEO of COVARTEC AS and

Dominique Durand is the CEO of COVARTEC AS, a company aiming at supporting sustainable valorisation of the coastal ocean. In parallel, Durand is a senior strategy advisor for NORCE, the second largest research institute in Norway. His scientific background is on radiative transfer in the atmosphere-ocean system, ocean colour, and coastal oceanography. He was leading the oceanography department at the Norwegian Institute for Water research (2003-2011), and the Environment and Biotechnology branch at International Research Institute of Stavanger (2011-2015). Since 1996, Durand has been working in the European research arena, participating in more than 30 EU research & innovation projects (coordinating three) related among others to ocean observation & monitoring, sustainable aquaculture, sub-seabed storage of gas and energy and the blue-green bioeconomy. In the past 15 years Durand has been working on bridging science and business and developing research-innovation partnerships with marine-based industries.