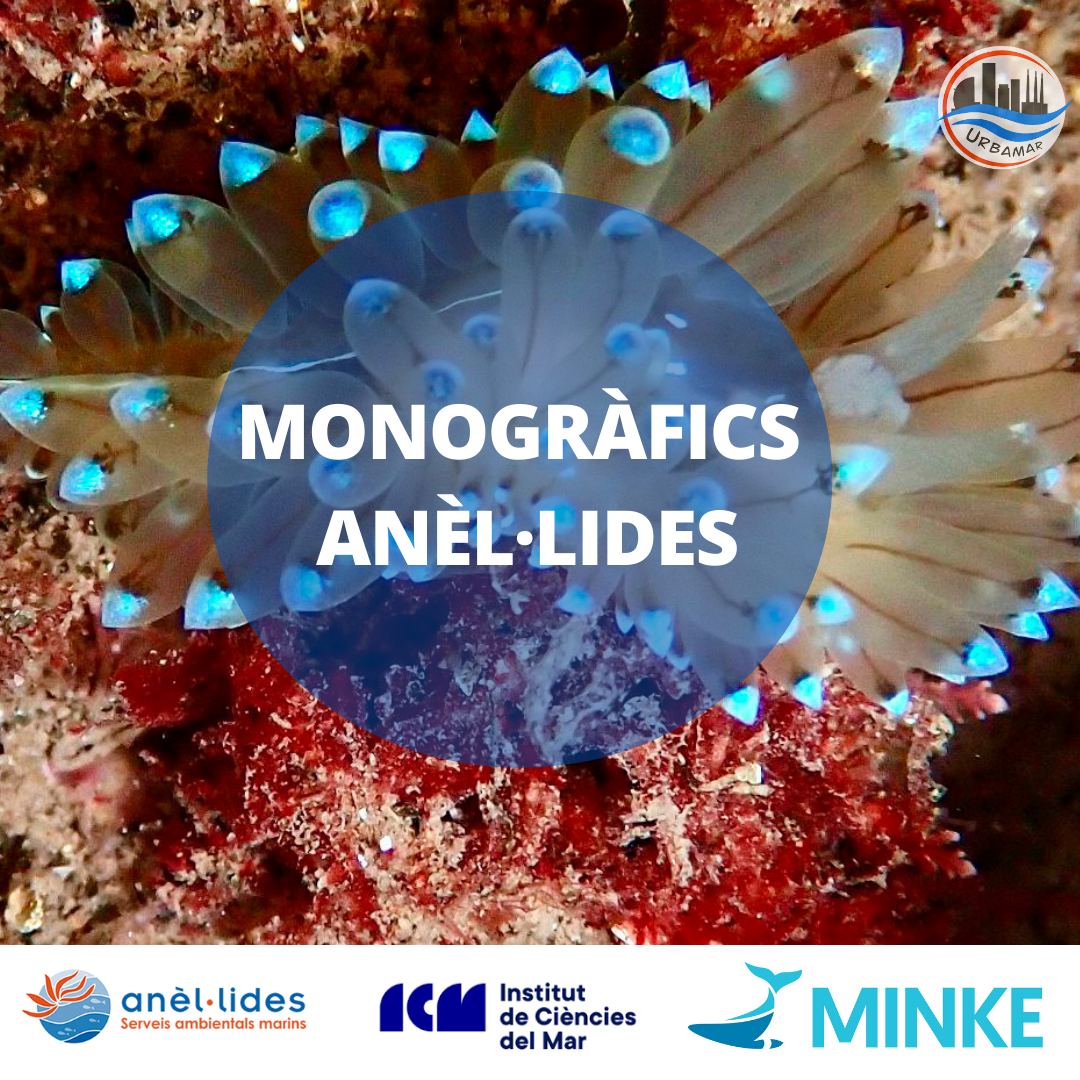 Thanks to the European project MINKE, coordinated by the Institute of Marine Sciences (ICM) of Barcelona, ​​from Anèl·lides, we have started our own monograph. Online sessions for all countries where we invite experts to talk about marine biology and oceanography.

These sessions bring the general public of various countries closer to get to know marine species first hand, as well as helping to understand the impacts of human activity, such as the loss of biodiversity or the effects of marine litter on biodiversity.

Specifically, this monograph introduces people to the sea, raising awareness of biodiversity and its current problems, in order to encourage their participation in the observatory of citizen science and thus facilitate knowledge about citizen science. In this way, and thanks to the monographs, we will involve more people in monitoring and managing marine ecosystems.

The first one took place on January 25th, with the expert Oriol Deu, the phylum of cnidarians, corals and anemones. We started by explaining their characteristics in a general way, then explaining the best known species, and finally with the variability of species in recent years and the impacts we humans have on them.

The next one will take place on Tuesday, March 29th and will also continue with the phylum of cnidarians, but in this case only the jellyfish, characteristics and species best known in the Mediterranean will be treated, as well as the blooms that occur in the summer and the current variations in the monitoring of this animal.

Moreover, these conferences also promote international action and team cohesion between entities and organizations from various sectors (academia, industry, citizenship, etc.), which highlights one of the key roles of Anèlides in this project.

The first one of these actions will take place at the end of April 2022 where from Anèl·lides, we will organize for the first time an international monitoring of marine species with the citizens thanks to the observatory of citizen science MINKA, between Italy ( Tremiti Island) and Spain (Barcelona) simultaneously.